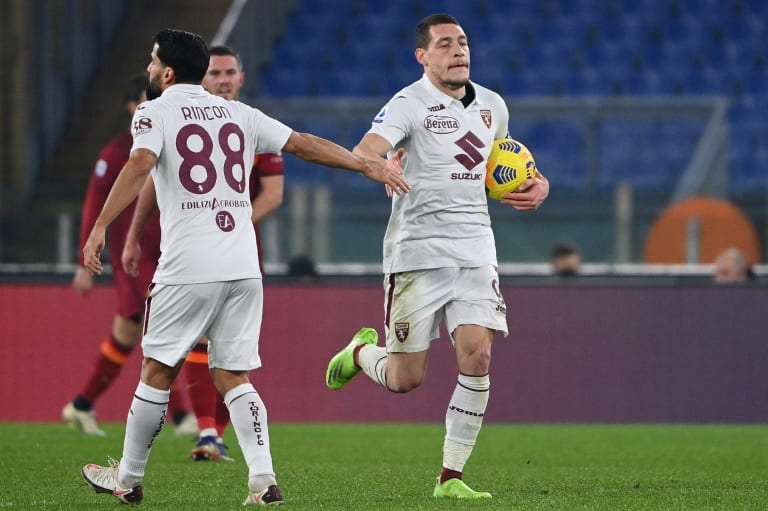 Milan (AFP) – Italy’s Serie A has postponed a decision on Torino’s failure to travel to Rome for their league game against Lazio this week because of a coronavirus outbreak at the club.

The league’s sports judge Gerardo Mastrandrea said in a statement on Thursday that the unplayed game remained ‘sub judice,’ without assigning a 3-0 win by default to Lazio.

Regional authorities in Turin placed Torino under quarantine after eight of their players tested positive for the UK variant of Covid-19, but Serie A refused to postpone Tuesday’s match.

After a 45-minute wait following the scheduled kick-off, Lazio players were informed by the referee that Torino were considered to have forfeited and that the match had been abandoned.

“The decision by the league to not postpone the Lazio-Torino game… speaks for itself,” said Torino president Urbano Cairo on Tuesday, accusing the league of “ignoring reality”.

“We’re going to see what happens now. It’s obvious we will appeal,” he added.

The situation mirrors a previous episode when Napoli were ordered not to travel to Juventus by local health authorities in October.

The club was handed a 3-0 defeat and a one-point deduction, but in December won an appeal at the Italian Olympic Committee (CONI), the highest level of sporting justice in Italy.

That match will now take place on March 17.

Any cookies that may not be particularly necessary for the website to function and is used specifically to collect user personal data via analytics, ads, other embedded contents are termed as non-necessary cookies. It is mandatory to procure user consent prior to running these cookies on your website.