How To Avoid Electrical Fires And Faults

How To Avoid Electrical Fires And Faults: Regrettably, regular safety assessments that can help avoid fires are far too infrequent. This is frequently due to people being misinformed or being complacent — “it will never happen to me.” Electricity-related fires, such as defective wiring, can be devastating. Homes can be destroyed, but lives can also be lost. It is impossible to overestimate the value of prevention. Understanding the dangers and causes of electrical fires is critical for preventing them.

In Australia, faulty wiring and out-of-date electrical components are all too frequent. On television, we’ve all seen fires in people’s homes. People were completely oblivious of the threats and believed their homes were secure. The most terrifying aspect of such situations was that the electrical appliances were completely operational and were powering their home. It is highly disturbing that similar situations can still be found in many houses in Australia.

To avoid such tragedies, it is necessary to conduct regular safety assessments.
The following are the most common causes of an electrical fire: 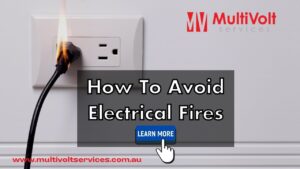 The majority of electrical fires are caused by faulty outlets (receptacles) or worn outlets that are not properly grounded. Furthermore, when outlets and switches age, the wiring behind them deteriorates, and wires become loose over time, potentially triggering a fire.

Electrical wiring that is out of date or worn

Fires are frequently started by faulty electrical wiring. If a house is more than 20 years old, the wiring may not be able to handle the growing amount of electrical gadgets in the normal home, such as computers, big-screen TVs, video equipment, microwaves, and air conditioners.

The additional electrical demand is too much for the ageing home wiring to handle. Older wiring is prone to overheating and catching fire.

It can be difficult to identify whether you have old and dangerous wiring because the electrical work is normally buried behind your home’s walls. However, keep in mind that electrical issues provide a substantial fire risk.

Look for the following indications of hidden electrical problems:

If you notice frayed power cords, have an electrician replace them right away.
These exposed cables on the floor or in the walls can be dangerous if they spark. 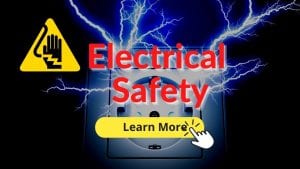 The uncontrolled usage of extension cords poses a significant fire risk. When you plug your TV, home theatre, computer, and other appliances into a single extension cord, you are putting an excessive current load on a single outlet that may not be rated for that load.

This means that the circuit has gotten overloaded, and your home is at high risk of an electrical fire.

As a result, you must make a concerted effort to avoid overloading your outlets. If you don’t have enough outlets to satisfy your needs, you should hire a reputable electrician to install more outlets to protect your house and family.

Cords that are kinked or crimped generate more heat and finally melt insulation from the inside out.

Frayed wires, as well as loose or faulty wiring, can cause a fire in old equipment. Because the old insulation used in this equipment is very flammable, a simple electrical repair may be insufficient to resolve these issues. It is best to choose current equipment to secure your safety.

Older appliances are at risk of falling short in terms of wattage, material quality, and safety restrictions. Stoves, toasters, and refrigerators are just a few of the kitchen items that might catch fire. Another issue with appliances and fire hazards is when many devices are hooked into extension cords or power strips that are not rated for the enormous quantity of electricity required by appliances.

Contact an electrician to install outlets that are appropriate for the sort of equipment and your property. Ground fault circuit interrupters, which act as surge protectors and protect your home from electrical surges, can also be installed by electricians. 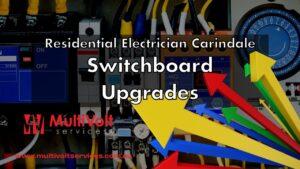 Another prominent source of electrical fires is lighting fixtures, lamps, and bulbs. Before using any fixture or lamp, always check the maximum recommended bulb wattage and never use more than that.

Another source of fire is the usage of materials such as fabric or paper to cover a lampshade. The chemical heats up and ignites, causing a fire. Defective lighting and fixtures are also a common cause of fires.

Because light bulbs are not one-size-fits-all, stick to the wattage guidelines for all of your home’s lighting fixtures. When a 100-watt bulb is put in a light fixture designed for a 60-watt bulb, the entire fixture can catch fire. As a result, it’s critical to never exceed the maximum wattage specified on your light fixtures.

Heaters that are portable

Remember where you set your heaters during the winter and never leave them on for extended periods of time, especially when sleeping or leaving the house. Placing portable heaters near drapes, rugs, beds, couches, and other similar items is one of the most prevalent causes of fires.

If you utilise a fan heater, you should pick a radiator that distributes heat evenly throughout the entire unit’s surface.

With the number of preventable house fire deaths on the rise in several Australian cities, the enactment of this wiring regulation was important. All home circuits up to 32 amps are now required to have a residual current device (RCD).

Because RCDs save lives, they should be fitted in every circuit in the house.

The introduction of AFDDs was one of the several restrictions enacted (Arc Fault Detection Devices). Although AFDDs have been around for a while, they were not widely distributed in Australia prior to the new regulations.

What exactly do AFDDs do?

An AFDD adds an extra layer of protection to help avoid fires caused by arcing. When you flick a light switch on and off, you hear a crackling sound, which is an example of an arc. This is an arc, and it indicates that the switch is malfunctioning in some way.

Arcing can happen for a number of causes, including:

Connections are sloppy.
Equipment that is defective.
Material deterioration over time
Cable and connection damage caused by accident, such as crimping or pinching.
Improper equipment cable handling, such as plugs being pulled by the cable rather than the plug tip. 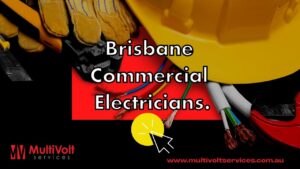 Arcing causes fires by generating heat from faulty connections known as “hot connections.” When an AFDD detects an arc, it automatically shuts off the circuit to prevent current from continuing to flow and generating heat.

AFFDs are quite inexpensive to install in a home. Not to mention the protection they offer your family by detecting faulty materials and averting fires.

What to Expect From Electrical Maintenance

Regular electrical repair is vital if you own a business or a home. Testing, monitoring, diagnosing, repairing, and replacing electrical equipment are all part of electrical maintenance. Furthermore, technological advancements and reliance on electrical equipment expose firms to risk if a machine or large electrical system fails. As a result, electrical upkeep is an essential aspect of running a successful business.

WHAT EXACTLY IS ELECTRICAL MAINTENANCE?

Electrical maintenance is performed by a licenced electrician. The profession includes maintaining and repairing electronic equipment used in commercial, industrial, and residential structures. It includes, but is not limited to, the following components:

WHAT MAKES IT SO IMPORTANT?

We live in a world that is becoming more digitised by the day, with an ever-increasing reliance on technology and digital communications. As a result, electrical equipment maintenance is more important than ever for organisations, as any breakdown of electrical equipment can result in considerable downtime and data loss. Furthermore, the frequency of weather calamities has pushed the importance of electrical maintenance to the forefront.

Backup and standby generators are our first line of defence in the event of an emergency, and when they fail or malfunction, they can pose a safety danger.

One of the most difficult components of electrical maintenance is the nature of electrical wiring, as diagnosing specific faults and places might be impossible for anybody other than a specialist.

Multivolt Services has created a safety checklist based on Australian requirements.
Your and our team’s safety are the most important components of our job. Contact us right away and let us repair your electrical issues.

The post How To Avoid Electrical Fires And Faults appeared first on https://wookicentral.com

The post How To Avoid Electrical Fires And Faults appeared first on https://gqcentral.co.uk